2018′s edition is the 14th BoNF, a contest that survived 13 editions between 2005 and 2017! A very design-inspired logo, with dark leaves (purple and black as main colors) with the phrase “BoNF 2018” on it was chosen, with a flag, a common esc symbol. The contest is being held during the spring of 2018, in April, as explained in the rules here. It’s the last to date but definitely not going to be the last ever as I have, since 2013, become a full administrator on ET helping me make BoNF more noticed. For the 2013 edition, a few of my closed friends on ET got to follow each step of the way, even helping me select the original top 30 songs; it was repeated in 2014 and exploded bigger than ever in 2015, so a big thanks to Dennis, Ivan, Niclas, Nick, Marc, Luke, Patrick! 2016 followed the same footsteps! And also a big thanks to my usual ET friends who have been commenting the songs along the year with me, and disagreed a lot with me, Lynn, Toggie, Shevek, Oxi, Dimitris, Donnie, Dino, Jade, Anders, Guitar, Max… ad the most recent people who joined, thanks to ETSC, like Razvan, Gregor, Rosalina, Ren… 2018 here we are!

2018 is the fifth time after the last four years for which I write this before the contest is over. I can’t yet discuss results or patterns except for the origin of songs. The contest hasn’t seen much shift geographically, even though what I wrote last year remained true this year: “the Nordics and Estonia have declined lately and Ukraine rose slightly”. We also get the feeling that it’s more and more true that the same countries return every year while others fail to impress me. In the last edition, in 2017, we had the most spread out contest with 20 countries for 30 semifinalists, a number that declined to 16 this year. Almost two songs per country in average: a number justified by the power houses (France, Sweden and Ukraine all 4 entries and could all get a 5th easily if we weren’t limited to 30; Latvia has 3, Estonia, Portugal and Italy have 2). Now almost no country has never featured in the semifinal at least once but we kept getting newcomers regularly lately, both in the semis and in the final (Georgia for the first time in 2016, Azerbaijan and Portugal for the first time in 2017 with both of these getting 1st and 2nd respectively!) The fact that some of these recent newcomers like Bulgaria or Azerbaijan haven’t made it again proves that it’s more or less hit or miss with them. Bulgaria was good and ranked 35th overall for me. But not enough for Top 30. Estonia has less entries than Latvia for the first time since 2005! All three Baltic countries have now really strong national finals even though Lithuania has 40 songs too many in it: together the three countries had 9 songs in my Top 35! Italy used to be considered internally chosen and still had 5 participations since the country’s return in 2011 but with now the winner of San Remo being officially selected as the country’s entry, San Remo can be considered a proper NF and therefore sends two Italian entries in BoNF semifinal for the first time ever. As usual, there were a few songs I hesitated with, so sorry to Pur:Pur (Ukraine), Sibyl Vane (Estonia), Joyce (Lithuania), Mionia (Latvia), Equinox (Bulgaria), Masoe (France) or Catarina Miranda (Portugal) who were just outside my top 30.

Another interesting element, the number of esc entries: 11 last year, only 9 this year (I have Bulgaria 10th). So almost a third still! After checking older editions, the record in the final is 8 (2012) and 7 (2008): so 2018 can beat these scores. Last year, with 11 semifinalists that were entries for Kiev, we only had 5 qualifying… but all 5 got Top 5 in BoNF 2017! So it’s a rather good sign these days to do well in both your own NF and in BoNF (or for internally selected entries, only in BoNF). Last year, a lot of semifinalists came second or third in their respective national finals (Daði Freyr Petúrsson in Iceland, Malibu in Georgia, Carmell in Poland, Kerli in Estonia, Elin & The Woods in Norway, The Ludvig in Latvia and Raiven in Slovenia)! It’s less true this year with a few songs that did quite poorly (Etnopatsy, Dotter, Liamoo, Rejbass, Serhiy…) and 2018 did have that feeling of very big misses… Last year already, very few returnees (Loreen and Wictoria excepted). This year, a member of Etnopatsy did BoNF 2017 as a member of Antsud. The other 29 acts are all 100% newcomers!

I continued to work harder on getting a good logo, personalized pics for the finalists and I will try posting all individual videos of the finalists on youtube. 43 countries will take part in the 2018 Eurovisiong Song Contest but I am not couting Australia in BoNF, so we’re counting 42 for BoNF. 29 of them used some sort of national finals (five more than last year) in which 516 songs were performed (377 in 2015, 373 in 2016, 380 in 2017) still far from the late naughties figures, with a peak at 650 songs in 2009. I wrote down a list of 100 songs I liked and then came up with this top 30:

My friends could listen to these 30 songs thanks to a Deezer playlist, and they have graded each of them with a 1 (awful) through 5 (great) system. You can also download all 30 songs on this page! For the tenth year, I saved the full results of the semifinal. And so we have from 30th to 16th:

So now I had all 15 finalists! As usual by now, I also managed to get the songwriter and the composer down for each of them. A quick analysis first: when in 2016 we broke the record of 10 of the performing artists who had written their own songs, 11 did this year, at least in parts! So a rather strong year for singer-songwriter, but also both G:son and the Debs return thanks to a Swedish entry! The only returnee from the semifinal failed to qualify so all 15 performing artists are new to BoNF. As for vocals, we swing towards the guys this year (the records are 12.5 entries sung by females in 2015 and 11 entries by male in 2010): 10 male vocals, 5 female vocals, which is the opposite from last year (9F/6M)! Native languages have dramatically sunk, probably related to the heavy electro turn for BoNF lately, but also because in general NF use less and less national languages, and in Eurovision it’s even now out of the ordinary to hear a national language… But BoNF is still trying to defend diversity so we still had 15 out of 30 entries in the semifinal using native languages… more than half of them, 8, qualified! Of course, French and Italian entries make up for half of these! After 2014’s debut entries for Netherlands and Armenia, 2016’s debut entry of Georgia and 2017’s debut entries of Azerbaijan and Portugal (last year 1s and 2nd respectively), there are absolutely no countries new to the final this year. And though we had power houses in the semis, which are still present in the final, no country managed to smash the competition: 5 countries scored two entries in the final and 5 others only one: Ukraine (2), France (2), Italy (2), Sweden (2), Latvia (2), Czech Republic (1), Estonia (1), Hungary (1), Serbia (1), Israel (1). No surprises, most countries with more than one entries are the usual “big” countries of this competition (either overall like Sweden or of late like Ukraine). Italy and France do get two entries in the final for the first time ever (Italy’s case being specific, see above). Estonia having only one in the final is a first since 2009 though! A sign of a possible decline, which many commentators have pointed out in Eesti Laul? Latvia beats Estonia in number of finalists for the first time since 2006! And while there are no newcomers, a lot of countries are making returns after a long break (Serbia, first since 2013; France, first since 2013; Israel first since 2012). It’s also Czech’s entry 4th entry but second in three years and Hungary secures a third BoNF finalist in a row. The total of 10 countries in the final is on par with the usual average and the 2016 contest was spread exactly like this with 5 countries with 2 and 5 with 1. Last year, we got a record of 12 different countries in the final, which isn’t that much more… As for regions, almost all of them have secured at least one spot in the final, from Israel to Sweden, from Italy to Estonia: 2 Nordic, 3 Baltic, 4 Western, 1 Balkan, 1 Southern, 1 Central, 2 Eastern. Last but not least, only 4 esc entries qualified for the final out of the 9 I had in the semifinals: Ukraine, Israel, Czech Republic and Italy, which are all big favorites around the Internet right now, as we’re 10 days from rehearsals. France and Portugal were both in the 39pts debacle and Sweden was just behind. I expected all three to qualify easily so I’m a bit surprised they came short: is it a sign for what will happen in Lisbon or a sign that it’s indeed a rather strong NF year after all? We’ll see…

Now, I used a computer “random playlist” to get the running order for the final. I will upload them all individually on youtube, so you’ll be able to just click on the song titles to watch each song and I also made a playlist which you can watch on BoNF’s youtube page. In the meantime, you can click on the postcard to check it out: 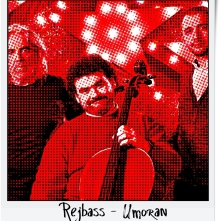 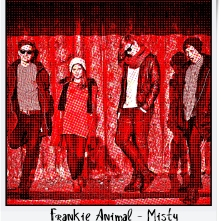 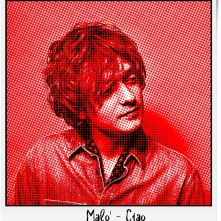