2015′s edition is the eleventh BoNF, a contest that survived 10 editions between 2005 and 2015! A very simple and stylish logo without the usual “BoNF 2015” on it was chosen. The contest is being held during the spring of 2015, between March and April, as explained in the rules here. It’s the last to date but definitely not going to be the last ever as I have, since 2013, become a full administrator on ET helping me make BoNF more noticed. For the 2013 edition, a few of my closed friends on ET got to follow each step of the way, even helping me select the original top 30 songs; it was repeated in 2014 and exploded bigger than ever in 2015, so a big thanks to Dennis, Ivan, Niclas, Nick, Marc, Luke, Patrick! And also a big thanks to my usual ET friends who have been commenting the songs along the year with me, and disagreed a lot with me, Toggie, Shevek, Oxi, Lynn, Jade, Anders…

2015 is the second time after last year’s edition for which I write this before the contest is over. I can’t yet discuss results or patterns, but what striked me most was the huge number of alternative and electro songs this year, in the middle of the many ballads actually picked for the contest. Sadly, the contest is getting less countries in this year, even if Azerbaijan secures its presence for the second year in a row. The Nordic and Baltic countries have secured most positions, while the Balkan countries, with fewer actually participating in the contest (contest darling Bosnia & Herzegovina, two times winner, isn’t participating for the third year in a row, also missing are Croatia, Bulgaria or Turkey). Likewise, Italy’s internally chosen song misses for the first time since the country’s return in 2011 after making it to the actual BoNF final for 4 years in a row. Estonia, Sweden, Norway, Iceland and Germany confirm their excellencies while Finland dropped back to its worst UMK edition ever, and probably one of the worst Finnish NF ever as well (Euroviisut was a strong arena for BoNF after all). Latvia and even Lithuania have been better than they’ve been in a long time! As usual, there were a few songs I hesitated with, so sorry to Siru (Finland), Regína Ósk (Iceland), Måns Zelmerlöw (Sweden), Karl-Erik Taukar (Estonia), Fahrenhaidt (Germany) and Monika Linkytė & Vaidas Baumila (Lithuania) who were just outside my top 30.

I continued to work harder on getting a good logo, personalized pics for the finalists and for the third time I will try posting all individual videos of the finalists on youtube (Germany now being an almost certain country in the final makes it hard since they’re extremely protective of their online material). 40 countries will take part in the 2015 Eurovisiong Song Contest. 26 of them used some sort of national finals (just like last year) in which 377 songs  were performed, which is 31 more than last year but still far from the late naughties figures, with a peak at 650 songs in 2009. I wrote down a list of 75 songs I liked and then came up with this top 30:

My friends recieved the mp3 of these 30 songs and they have graded each of them with a 1 (awful) through 5 (great) system. You can also download all 30 songs on this page! For the seventh year, I saved the full results of the semifinal. And so we have from 30th to 16th:

So now I had all 15 finalists! As usual by now, I also managed to get the songwriter and the composer down for each of them. A quick analysis first: as usual in bonf, a lot of them are self penned which is good, females win this year… by a huge margin! Never before was a BoNF final so female heavy! 12.5 songs are sung by females (counting Elina as only half) and so Loïc, Elephants from Neptune and Stig are the only male singers! It results in having what MF is dreaming about: a majority of songs written by female authors! Even though almost every song is written by more than one person, 9 songs out of 15 have a female authors officially credited! Native languages have sunk however, probably related to the heavy electro turn for BoNF this year, which is a genre very keen on English lyrics, German is not new to BoNF as a language but was before used by Austria not Germany… wheras Austria is singing in French! Icelandic has two songs in, thanks to a national final that forces songs to first be sung in Icelandic (and then it’s free for the final there). After last year’s debut entries for Netherlands and Armenia, this year sees no debut entries: Azerbaijan came close, for the second year I have them in the top 30 but missed by 1pt! It was, imo, a good year but thanks to a very small number of countries: only 14 different countries in the top 30! But for once, no country has 3 songs (whereas it was the case last year with Germany, or in 2013 with Sweden, 2012 and 2011 for Estonia, 2010 for Sweden…) Yes the contest is very nordic, with 4 baltic entries and 7 nordic songs from 4 different countries! But more shocking, BoNF 2015 is very… BoNF 2011! No less than 11 entries share the same country between these two years (2 Sweden, 2 Norway, 2 Estonia, Germany, Austria, Denmark, Iceland, Belgium); the four differences being: Bosnia is out, Slovenia is in, France and Italy are out and latvia gets 2 songs, Estonia loses one (from 3 entries to 2) and Iceland gains one (from 1 to 2). So will BoNF 2015 ends like 2011 (meaning Stig finishing only 2nd ahah!)

Now, I used a computer “random playlist” to get the running order for the final. I will upload them all individually on youtube, so you’ll be able to just click on the song titles to watch each song and I also made a playlist which you can watch here. 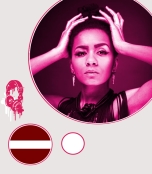 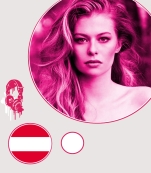 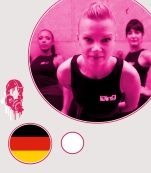 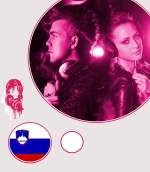 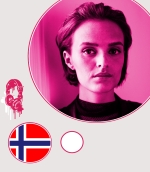 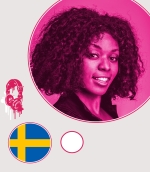 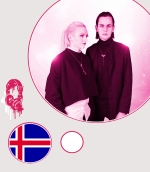 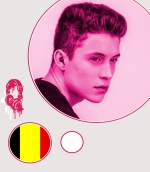 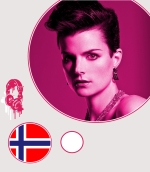 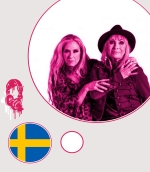 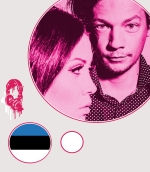 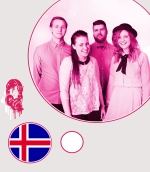 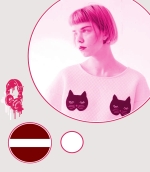 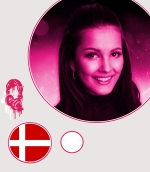 I guess now we’re off to check the results, this time in Eurovision style!