London Eurovision Party – Yesterday saw the longest running Eurovision pre-party take place again in London and enter its 12th year. Eurovision Times was lucky enough to go along and bring you a review of the afternoon press event and the evening concert…

The press event took place in the afternoon and saw all of the acts coming up to the top floor of a Leicester Square hotel to chat to the UK press in between soundchecking at the nearby venue. The BBC set up an area to do pro interviews, ESCXtra had their live stream running, the official Eurovision site were filming the acts and the rest of us did our best to chat to all the artists, grab photos and get some interviews. The place was packed and buzzing. 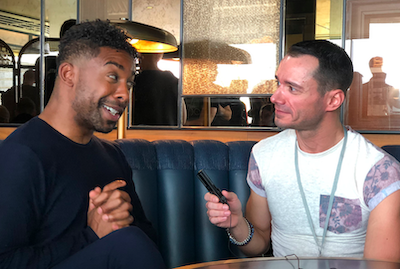 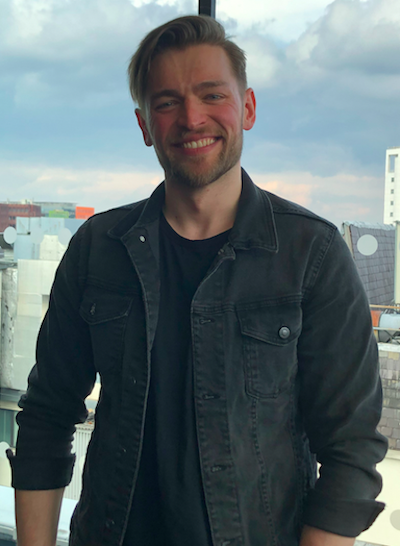 ET had a nice talk to Jonida from Albania who told us why people should support her song.

You can find various interviews and live performances at the following links: Eurovoxx, ESCKAZ, & Wiwi

As we left the press event alongside Duncan Laurence (The Netherlands) we were amazed to see crowds of young flag waving Eurovision fans waiting outside to get selfies and autographs from this year’s acts! Eurovision really is growing in popularity.

As usual the concert itself took place at the cafe de paris which gives a lovely up close and personal feel and the crowd are always completely loving the acts and singing along with all the songs, regardless of language barriers. Ably hosted by Paddy O’Connell and Nicki French (UK 2000), with her now traditional many costume changes. Nicki sang ‘Si‘ (Italy, 1974) this year.

Belgium’s little star Eliot opened the show. The Czech Republic’s Lake Malawi performed two songs, this year’s entry ‘Friend of a friend‘ and ‘Paris‘. Sweden’s John Lundvik also had two songs this year’s ‘Too late for love‘ and last year’s Melfest entry ‘My turn‘. Finland with Darude and Sebastian brought ‘Superman‘ as well as ‘Look away‘ to the party and were real pros. Mahmood from Italy also performed two songs, this year’s ‘Soldi‘ and also a song called ‘Remo‘. Paenda from Austria sang ‘Limits‘ and ‘Love myself‘. Bilal performed ‘Jaloux‘ as well as ‘Roi‘ and had shown star quality all day, with mature articulate and sassy interviews. His mum even made it on stage at one point!

Fans particularly enjoyed singing along with Norway’s KEiiNO and ‘Spirit in the Sky’, which was introduced by Eurofan Sasha as a banger. Fans had to help Tom out singing his parts as he’d been losing his voice.

There were several former participants present. UK fans were delighted to welcome SuRie back as she’s a firm Eurovision fave after her handling of events in Portugal. She introduced herself with a speech about the UK’s resilience in Eurovision, against repeated questions on Brexit and stage invaders as well as the voting! SuRie covered Conchita’s ‘Rise like a Phoenix‘ as well performing her song from last year, ‘Storm‘. Other covers included Miki (Spain) singing Anti Lopez’s ‘Prefiero‘.

Melodifestivalen 2019 finalist Anna Bergendahl sang ‘Ashes to Ashes‘ and ‘This is my life‘ (Sweden 2010). UK finalist Holly Tandy sang ‘Bigger than us‘ and also covered Carrie Underwood’s ‘Before he cheats‘.

The UK’s entry Michael Rice officially ‘headlined’ his home party and sang ‘Bigger than us‘ and ‘Church‘ after an appearance by DJ’s and Eurovision presenters Scott Mills and Jayde Adams from BBC Radio 1. Michael has been ill, but gave a great vocal. He’s a lovely down to earth lad.

It was very obvious from several performances that some of the younger acts have massively gained confidence and were giving much more vocally polished performances such as Bilal, Eliot, Michael and very much seemed to be flourishing in such a fun supportive environment. The party really kicked off after Miki took to the stage and his act included exploding confetti canons. 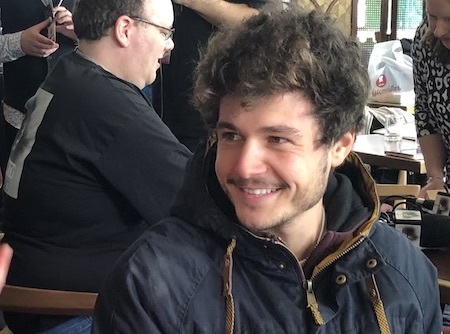 The other stand out for the day for us was Mahmood. From the second he entered the room he was mobbed and followed, oozing charisma despite the translation barriers, and his act on stage was also loved by the crowd. He also gathered the most likes and retweets on the ET Twitter account when we tweeted about artists at the party.

There were some positive reactions from the artists and some Eurovision bromances already springing up, including Miki and Bilal… 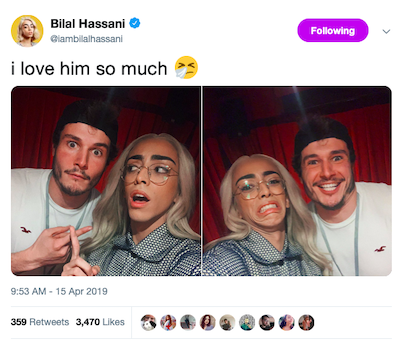 So that’s it for another year. A massive thanks as always goes to the LEP team, Russell, Kabir etc. for organising another great event. See you all in Tel Aviv!