ETSC – Every year, the summer is the calm after the storm so it’s the perfect time to resume the highly anticipated the Eurovision Times Song Contest! Each one of you can represent an European country and get to send a song and then vote in a fake Eurovision! 41 of you have expressed the desire to join the July 2018 edition and the voting went on for ten days! The results are coming this weekend!

After a first round open for people to sign up with a country and send a song, we got 41 people in. In the meantime, to keep us busy, I made a random draw. I also made personal postcards for each entry which will be revealed along with the songs. You can click on the picture below to listen to the songs again: 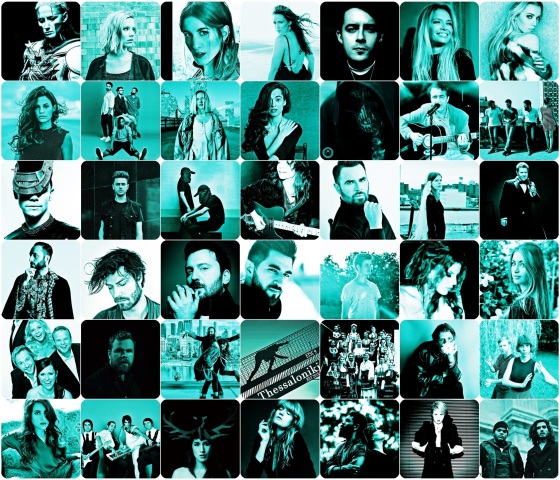 Results will come in shortly. In the meantime, we get to gossip and predict, and discuss songs more openly as nothing more is at stake. And I drop hints!

Now time for the prediction game! It was first started in ETSC 4 “hint” article and back then I wrote this: “We can play a guessing game, people wishing to participate can post a “prediction” top 10 and I’ll award points based on the countries that are in the actual top 10 and predicted in yours accorddingly. I wont reveal the results until after the voting and winner is announced, but we’d get an extra side bet to care about ;)” In the end, a good 15 people or so played and Donnie was the winner, though no one predicted Austria to win or France to be runner-up. The prediction game was again open for ETSC 5, which was won by Nick P!

However the game took a very serious turn in ETSC 6, where I put it all in an excel to keep track of everyone’s prediction and the overall predicted results. This edition was won by a landslide by Donnie! In that edition, 8/10 were predicted correctly, with the full Top 5 predicted right (though in almost reverse order); two countries were even predicted at the right place too! Two mistakes, the “infamous” Greece and Norway being the two “overestimated” countries each time. They did come close to our Top 10! Bosnia and Estonia were predicted a bit lower, 15th and 16th, than their final result. So don’t underestimate all genre of music has its place in ETSC Top 10!

We reprised in ETSC 7. This prediction game was won by a new winner: Dimitris! As a collective, we didnt as good as ETSC 6: we only got 6 right, with even a song in the Top 3 missing! One predicted song as low as 21st and one song predicted only 17th finally making it!

And in ETSC 8, our first blind edition, a few rules were added: 100 extra points for whoever picks the correct top 10 and 100 extra points to guess 10 HoD correct. No one won those extra points though Bay got close with 7 HoD right and Ovidarch even got closer with 9 of the Top 10 predicted right! Once more, the forum only managed to predict 6 songs right, with two wrong predictions being as low as 21st and 17th (again Norway!) while Poland and Turkey, in the Top 10 were predicted 13th and 18th only! However, the entire Top 6 was indeed in our predicted Top 10! Gregor won that Prediction game with only 2pts above Bay! Congrats!

Let’s do it again. Until the reveal begin, you can put a top 10 prediction in order (since most people predict the same 8 or so songs, it would be better to have an order so that thanks to mathematics, we do get someone who was “closer” to the final results). I’ll award points accordingly and announce the winner along with the revealing of ETSC 10 logo! If you feel like revealing predictions on the comment section is too much info, you can do it by email. However, as voting is closed, you dont need to worry affecting votes, just maybe people’s interpretation of your predictions (but we’re all esc fans and know predictions aren’t our own rankings!) This is a second crown to grab, good luck everyone!

← Italy: Format Changes to San Remo Music Festival
Eurovisions of the Past: A Retrospective of Eurovision 2008 →